Will Judas be Forgiven?

n interesting blog post has been put up by Father Aiden Kimel which ponders the idea that Judas is forever damned. I read such things with keen interest, especially since the narrative of Judas is one of the “go-to” defenses of hellists in their insistence that the idea of God saving all people is a blasphemous lie. Some of them, especially Roman Catholic philosophers, whom you would expect to ponder more deeply and therefore come to a better conclusion, become considerably incensed at the suggestion that God’s love really is an all-consuming and all-saving love.

The whole narrative of the Passion leaves me pondering several things:

1. Did any of these players really have a choice? Had the Crucifixion not taken place, then the human race would not have been delivered from death. Was it really possible for Pilate or Judas to back out, saying, “This is not going where I thought it would and I want no further parts of this.”

2. If they couldn’t back out, because the determined will of God, i.e., that He would become man and suffer crucifixion, must be fulfilled, then truly they had no choice. The wheels are set in motion and the goal must be achieved. The fear Pilate felt, the remorse of Judas, none of that mattered because the goal of salvation must be achieved. They are “collateral damage” and not to be concerned about as human beings. They played their part, the role they were given, and now they can be disposed of.

3. Which would mean, in keeping with the hellist narrative, and DBH’s excellent discourse on this regarding creatio ex nihlo, that God created Judas, Pilate, and all others foreknowing what they would do, foreknowing their fall, and ultimately having their utter destruction in hell as the only goal of their existence. They were made to be damned in order to achieve salvation for the lucky few. Judas never had a chance of salvation. Which means the Calvinists are right.

4. Which in turn leaves me fearful for my own soul, for if the God/Man would befriend and hold close to Him Judas, then turn viciously on him on the Judgment Day (“C’mere and git yer ass-whuppin’ boy!”) then what assurance do I have that my own sense of friendship with Him isn’t anything more than a pipe dream?  I fear that  on the Judgment Day, I might find out that my efforts to achieve salvation by my weak and failing attempts at obedience to the Church, the mandates of God, and the Bible, have all been a rather sordid joke because I perhaps failed in some critical place in my life to overcome sin. This is the whip by which I see so many Christians driven, myself included. Die in “mortal sin” (or backslidden, as my former Southern Baptist background used to say) and there is no remedy, and no consideration of all that you have done prior to that point. You go immediately from being God’s friend to His despised enemy.

5. Does, “Father, forgive them, for they know not what they do” also apply to Judas? Why isn’t it said of the Roman soldiers who spit on God that they will burn in hell forever? What about those who drove the nails through his wrists and feet? Is there any prayer that Jesus uttered that His Father in heaven would say, “Naaaaaah…..I don’t think so.” Then we know that these men are all forgiven. Why not Judas also, as he certainly had no full idea of what he was doing.  Or was Jesus praying, “Father, forgive them…” but secretly in His heart saying, “All but that rat bastard, Judas.  You get him and get him good!”

6. Finally, the most horrifying thing about this, and one that many hellists have failed to internalize is this: I AM JUDAS! So. Are. You. Every time we choose sin we do the very same thing that Judas did – we betray love. And for us, I think it is far, FAR worse because we have a much more intimate experience of what that love is. We have the Holy Spirit, the Church, the full understanding of all that took place. We can look back on history, both human and personal, and see the gracious and loving acts of God towards ourselves and all of mankind. Judas had none of that working for him.

Hellists look at Judas as a particularly vile example of sin because they do not see their own sins in the pure light of God’s holiness. Look at this portrait of Judas. The shifty look, the darkness of the portrait, the whole demeanor.  If he was that dark a soul, would not the other Apostles have had some sense of it? Instead, they ask of the betrayal, “Lord, who is it? Is it me?”

I do believe that if we had a view of our sins as God views our sins, we would realize we are every bit as worthy of condemnation as we believe Judas is. We would beg for mercy on him because we would be by extension begging for our own salvation. It is a lack of self-awareness, coupled with a nice touch of pride (being in that special and privileged group, as DBH says, who somehow have merited to be saved) that keeps hellists from weeping over Judas.

Some have suggested that Judas had a motive of forcing Christ’s hand, that when push came to shove, Christ would exert His power and authority as the Messiah and bring in the Kingdom. In this theory, it was not malice, but theological ignorance of all that the Messiah had come to accomplish, which pushed Judas to act, hoping for a response from his Master.

All that notwithstanding, knowing the love of God as I do, having been delivered from a horrendous life of sin, every time I sin, join the crowd, screaming at Pilate for His crucifixion. I spit on His lovely face, bury the thorns in His noble brow, whip Him up the Via Dolorosa, drive the nails in to Him, and ultimately thrust the spear in His side. Is this any less than Judas simply saying, “Boys, I know where to find Him if you cross my palms with silver.” If Judas is cut off from Christ and the love of God for this sin, even as horrendous as this betrayal is, then of what assurance do any of us have that we will not be treated in the same manner for our own many betrayals?

Until you see yourself capable of holding thirty pieces of silver, you do not really understand your own sin. 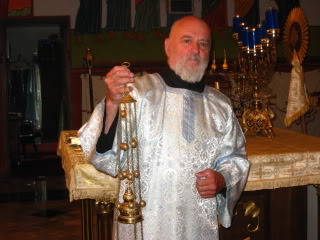 Edward A. Hara is a blogger and writer.  His short story, BOBBY TORRINGTON BULLDOG, was published in St. Anthony Messenger and another story, SONG OF THE SAW-WHET OWL won first prize in the 81st Annual Writer's Digest Writing Contest. He is a recent convert to the belief that God's love is all-encompassing and redemptive beyond anything we can imagine in this world.  He lives  with his wife, Elizabeth, and their sweet but neurotic dog, Daisy, in Fairfax Virginia where he dreams of writing a best seller. He serves as cantor and sometimes altar server at St. Ann's UCC in Manassas Virginia