“Then some of the scribes and Pharisees answered, saying, "Teacher, we want to see a sign from You." But He answered and said to them, "An evil and adulterous generation seeks after a sign, and no sign will be given to it except the sign of the prophet Jonah. For as Jonah was three days and three nights in the belly of the great fish, so will the Son of Man be three days and three nights in the heart of the earth.”

e live in a generation seeking signs. Since the Enlightenment our culture, specifically Western European and North American culture, has been shaped inside and out by a pursuit of evidence; we will not believe until we see. In order for anything to be “known” it must be seen, there must be a sign. Our world has been reduced to the sum total of its atoms and electrons. A human person is not a complex and ineffable mystery of God’s irreducible creativity, they are simply the sum total of their parts and mechanisms. No longer “souls”, we are “brains”. Personalities come in neatly packaged “types”, kids can all be parented with a one-size-fits-all method, ethics are based purely on “what works”, and in a great irony we now are revolting against this materialism. Women can be men, men can be women and all of this can be judged off of an invisible “self”, and how it feels, desires or identifies itself. We are a generation seeking a sign. “Show me you are God”, and in the deepest places of our wounded souls we cry “show me who I am”. I need a sign.

The Pharisees were seeking from Jesus a sign that He was the Christ, the Holy Messiah of Israel. They were looking for evidence, a tangible, proof-read, peer reviewed, piece of evidence. How do we know you are the messiah that you claim to be?

Christ’s response catches us off guard. He is not our neatly packaged “consumer Jesus”; genteel and subtle, no, rather He speaks bluntly and truthfully: “a wicked and perverse generation seeks a sign” He says. Only a generation blinded by deception, lost in sin, and held captive by the fallen powers of Satan, and Death can “need a sign.” In a world held together by countless miracles, filled with people whose very irreducible personhoods are bearing the Image of God, only a “wicked and perverse” generation can seek a sign when the whole cosmos is incandescent with “hidden wisdom”, the whole universe is a sign. Further, the gaping hole of desire in our souls craving something that cannot be held captive in the narrow mind of scientific materialism. Goodness, Communion, Truth, Beauty, Love—our very desires for these invisible transcendentals are signs pointing us to the thick cloud of Mystery named God. A sign? You need a sign?

Christ, as usual, does not say what we think He says. We think He says “I will not give you a sign”. Our religious communities have taught us to hear Christ’s words like that: “you are hopeless. And I will not oblige your blindness”. Of course, that is ridiculous. Christ did miracles, and continued to work signs and wonders—not as signs of His being God but as signs of His humanity—He is simply doing Adam’s vocation of “tending the garden”. Bringing True Nature to bear upon fallen nature. These are not signs of Christ’s messiahship, He is simply being Human. The condemnation is for the needing of a sign that Jesus is Christ, the Lord. We have learned to hear Christ’s words as a forbidding of signs; when in fact He surprises us by saying  “I will give you a sign”. One sign and one sign only. The sign of the prophet Jonah. By this alone you will know I am Lord.

What is the sign of Jonah? And why Jonah?

He elaborates “for just as Jonah was in the belly of the sea monster for three days and three nights so shall the Son of Man be, for three days and three nights in the heart of the earth”. The sign of Jonah is His 3 day descent into Death and Hades, the sign of Jonah is that Christ would soon make that very descent... in only a matter of a few months, perhaps, Christ would be making that very descent “into the heart of the earth”, into our dead hearts, into Hades.

Jonah spends three days and nights in Sheol (the Hebrew word for Hades. The realm of the dead), and to his utter shock and amazement he encounters God; God hears his prayer and “lifts him out of the pit”. God? In the pit of death? God? In Hades/Sheol? This bewildering truth shows us the way in which Christ has conquered death!

For it is of course Christ He meets in the “pit of death”. Christ’s death having opened up the doors of death, and as His human flesh took its last breath His Divine Radiance and Glory descended into the uttermost parts of the earth, and He shined His effulgent rays into the “kingdom of darkness” and “the darkness could not overcome it” There He met Jonah, to Jonah’s, and ours, surprise. The scripture was indeed fulfilled “the people who sat in darkness have seen a great light, and for those who sat in the region and shadow of death light has dawned."

The sign given to this generation is the Sign of the Cross, the Sign of Jonah. We simply cannot escape the infinite and boundless Face of God. “Jonah fled, away from the presence (“face” in Hebrew) of the Lord” is repeated again and again in the book of Jonah, but even in dying Jonah could not escape Gods love. Christ descends into the pit and returns to us like a warrior from battle, with the fringes of His garment smelling of smoke, and His “vesture dipped in blood”, He returns and says to us “it is I, do not be afraid. I was dead, but I am alive forevermore and I hold the keys to death, Hades/Sheol and the grave.” He does not emerge from the Pit without spoils, He ransoms us all from the power of sin and death... for He “by the free gift of God tasted death for every man.” (Hebrews 2:9).

St Ephrem the Syrian saw Jonah’s descent into the waters, and Christ’s descent into Death as a sign of baptisms in his “Hymns on the Epiphany” he says “In baptism Adam found again the glory that was among the trees of Eden. He went down, and received it out of the water; he put it on and was up and was a door and they are in -– blessed be He that has mercy on all! Man fell in the midst of paradise, and in baptism compassion restored him, he lost his comeliness through Satan’s envy, and found it again by God’s grace -– blessed be He that has mercy on all!”. In a perverse world, confused of her own identity, craving not only a sign Christ’s divinity, but a sign of its own identity Ephrem says the sign of Jonah is the sign of Christ’s divinity and a mirror of our own humanity saying “Water is by nature as a mirror, for one who in it examines himself. Stir up your soul, you that discern, and be like unto it! For it in its midst reflects thy image; from it, on it, find an example; gaze in it on baptism and put on the beauty that is hidden therein” Continuing on he exhorts us to adore the Savior, not only of us, but of the whole world who saves by dying, He says “Celebrate, O saved nations, Him Who saves all in His Birth... sing and praise the Child, who has brought release for all!... Blessed is He Who had bathed us in His light!... Blessed is He who has mixed His fire in us!”

This is the sign of Jonah, to a world seeking a sign that Jesus is Lord... look no further than the Cross, and the Tomb. For it is here, in dying, that  God proves His “love is stronger than death” and in His resurrection He openly displays “His jealousy demanding as the grave” (SoS8:6). In that Tomb He reveals to Jonah, and to us, that we cannot escape the Love of God. Jonah has fled, Adam fled, Saul of Tarsus fled, we have all fled; but Paul had it revealed to him when he exclaimed “I am persuaded that neither death nor life... can separate us from the love of God” (Romans8:38). “Where sin abounds, grace does much more abound.” (Romans 5:20)... like Jonah we have fled “from the face of God” but the Sign of Jonah is we could never flee far enough. Love always conquers the distance.

Jonah’s three days in the pit of death is a sign we cannot run far enough away from the Good Shepherd who “comes after the one lost sheep”, three days journey across Nineveh is the sign that God is “gracious and merciful, slow to anger and abounding in steadfast love and quick to relent from punishing” (Jonah 4:2), three days in the grave is the sign to all the cosmos “death where is your sting, grave where is your victory… death has been swallowed up in victory” there simply is nowhere to hide from the heat of His gaze.

“Whither shall I go from thy Spirit? Or whither shall I flee from thy presence? If I ascend to heaven, thou art there! If I make my bed in Sheol, thou art there! If I take the wings of the morning and dwell in the uttermost parts of the sea, even there thy hand shall lead me, and thy right hand shall hold me. If I say, "Let only darkness cover me, and the light about me be night," even the darkness is not dark to thee, the night is bright as the day; for darkness is as light with thee. For thou didst form my inward parts, thou didst knit me together in my mother's womb. I praise thee, for thou art fearful and wonderful. Wonderful are thy works! Thou knowest me right well; my frame was not hidden from thee, when I was being made in secret, intricately wrought in the depths of the earth. Thy eyes beheld my unformed substance; in thy book were written, every one of them, the days that were formed for me, when as yet there was none of them. How precious to me are thy thoughts, O God! How vast is the sum of them! If I would count them, they are more than the sand. When I awake, I am still with thee.” - David, Psalm 139 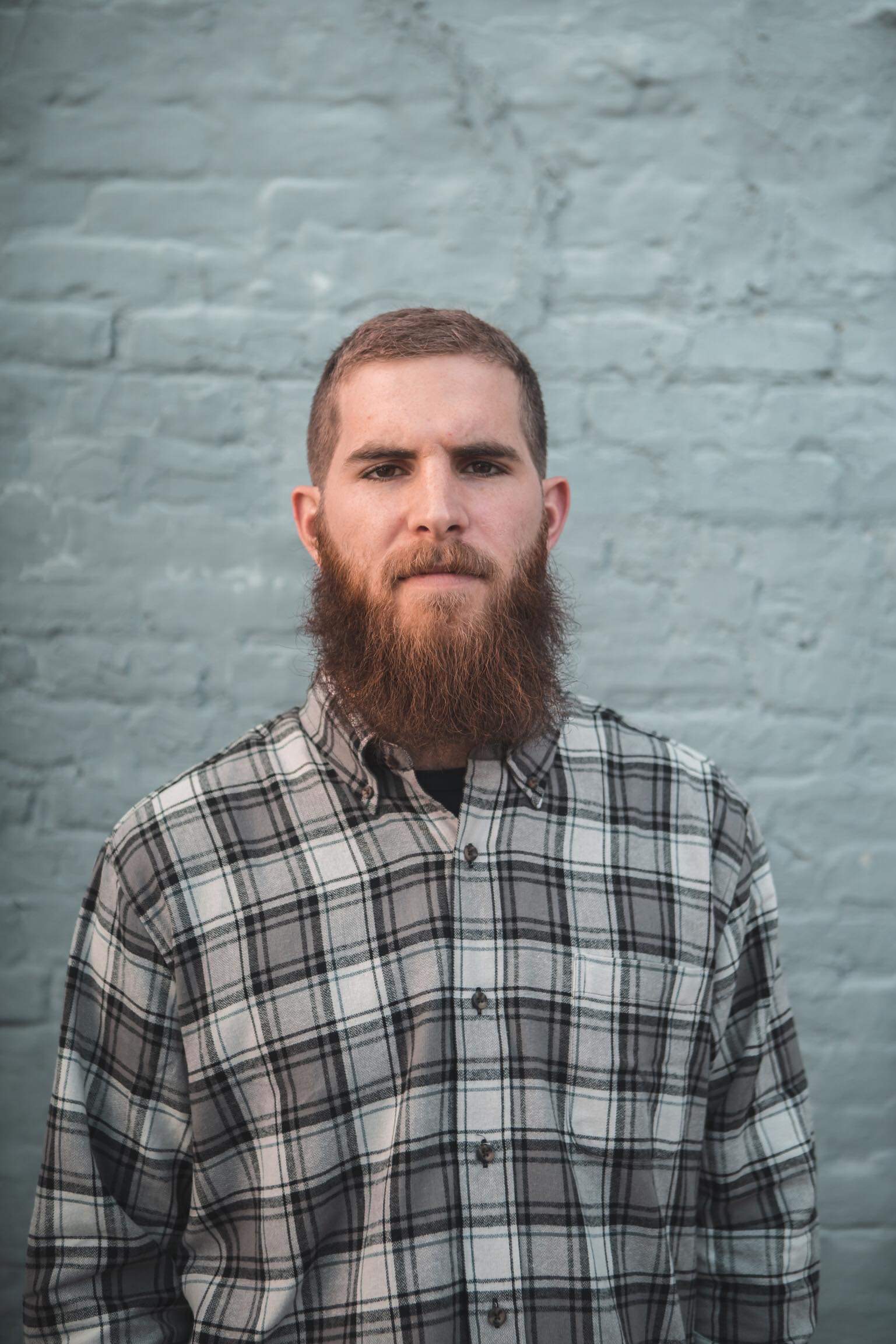 Josiah Andrews is on Pastoral Staff at Life Church in Columbus, MS. He is married to his lovely wife Destiny, and together they have 2 beautiful children Wonder and Wilder.