t the age of 15, I was introduced to the good news of Jesus Christ: The Son of God came into the world, lived, died, and was resurrected to rescue humanity from sin. The gospel message is filled with grace and love for the saved, but a claim that is often treated as a corollary to the gospel is the bad news that those without Christ will suffer an eternal tragedy of misery and torment in the lake of fire. Other believers, conclude that the scriptures affirm that the wicked will ultimately be annihilated and cease to exist in eternity. However, are either of these positions truly compatible with the good news of Christ and the love of God? The following paragraphs will present this thesis: There is no victory in annihilation and no justice in eternal torment. The only real triumph for the love of God is nothing less than the salvation of all.

Merriam-Webster’s dictionary defines “victory” as “the overcoming of an enemy or antagonist.” In the New Testament, the word most often translated as victory is nikos (νῖκος)—a term of conquest. The Scriptures have much to say about the final victory of Christ and the overcoming of death—this is an integral part of the good news of Jesus. Paul explains in 1 Corinthians 15 that, in the end, “Death is swallowed up in victory” (vs. 54 ESV). And the Revelation depicts the same truth of death being thrown into the lake of fire (Rev 20:14). Death dies in the second death and will be no more. However, what sort of victory over death would the annihilation of a great portion of humanity be? Would this not be actually the ultimate victory of death as untold millions are plunged into total non-existence?

There is no victory in annihilation and no justice in eternal torment. The only real triumph for the love of God is nothing less than the salvation of all.

Paul is clear in his description of God’s final victory over sin and death as an encompassing of every soul: in the end God shall be more than merely a king ruling “over all” but rather the divine “all in all” (1 Cor 15: 28)--not all in only some.  As David Bentley Hart explains, the final absence of a portion of humanity could never be regarded as anything other than an everlasting loss: “If what is lost is lost finally and absolutely, then whatever remains, however glorious, is the residue of an unresolved and no less ultimate tragedy, and so could constitute only a contingent and relative ‘happy ending.’” [1] Thus, a gospel that entails mass annihilation can hardly be painted as “Good News.” In the words of Thomas Allin, “Annihilation is the triumph of death over life: it is the very antithesis to the gospel, which asserts the triumph of Christ over every form of death.” [2]

While annihilation brings no true victory for God, the concept of eternal torment grants an extremely limited “win” only at the cost of justice. Major intellectual acrobatics have been put forth throughout Christian history to present eternal torture as the proper penalty for limited and finite sins; but as Hart points out, “We should all already know that whenever the terms ‘justice’ and ‘eternal punishment’ are set side by side as if they were logically compatible, the boundaries of the rational have been violated.” [3]

A common claim, one that doubtless many church members have heard throughout their lives, is that eternal punishment is fitting because, as sin is ultimately against God, and God is an eternal being, it follows that a proper punishment also be everlasting in duration. However, this is the same as claiming that a crime committed against a rich man merits a greater penalty than the same crime against a poor man. Such a thought is the very opposite of true justice. And, more to the point, the Scriptures are clear that “God shows no partiality” (Acts 10:34; Romans 2:11).

The proponents of everlasting hell, despite their arguments to the contrary, end up affirming that God punishes--not according to any sane standard of justice--but only as a raw display of his power. This retributive punishment is not proportional--the punishment does not fit the crime. Thus, God becomes a horrible despot taking vengeance on his enemies instead of the all-knowing, all-powerful, and holy God that lovingly rescues the condemned.  How is this justice? How is this good news for the world? Hart summarizes the problem posed by both annihilation and eternal suffering: “In either case—eternal torment, eternal oblivion—creation and redemption are negotiations with evil, death, and suffering, and so never in an absolute sense God’s good working of all things.” [4]

In summary, a good end that still includes some degree of evil (whether of oblivion and death or everlasting torment and pain) could never be an unequivocal good end. While such a picture might be the expected and “not so bad” outcome for a god reduced to the level of a finite and limited man, it could only be seen as a failure for an omnipotent and all-loving God to ultimately be forced to “DE-create” or eternally torture creatures of his own making—that is, nothing worthy of good news.

In contrast to the horrible fates proposed by supporters of annihilation or eternal torment, universal salvation for all creatures is the very best and “most good” outcome possible. If God’s desire for “all men to be saved, and to come unto the knowledge of the truth” is fully accomplished without the loss of one, it is beyond dispute that the gospel is truly good news for the world (1 Tim 2:4 AV). And, indeed, since Christ gave himself as “a ransom for all” with the intended goal that in the end God would be “all in all,” the salvation of all is the only option that does not end in a loss of victory or a violation of justice (1 Tim 2:6; 1 Cor 15:28).

Universal salvation does not deny the fact of future punishment or penalty—it denies that the penalty shall be an everlasting and pointless suffering in which evil and sin have free reign within the confines of hell while the saints sing “Victory in Jesus” in Heaven. In Scripture, punishment is presented as a means of divine correction—not simple retribution or human vengeance. George MacDonald explains:

God is bound by his love to punish sin in order to deliver his creature; he is bound by his justice to destroy sin in his creation. Love is justice--is the fulfilling of the law, for God as well as for his children. This is the reason of punishment; this is why justice requires that the wicked shall not go unpunished--that they, through the eye-opening power of pain, may come to see and do justice, may be brought to desire and make all possible amends, and so become just. Such punishment concerns justice in the deepest degree. [5]

Thus, true justice is not about merely handing out rewards and punishments. Justice, for God, is about setting things right and making his creation truly good. When all have been brought to a place of repentance—when all have been truly reconciled to God—then, and only then, will the victory of the love of God be complete and, only with this goal in view, can the gospel truly be conceived of as good news.

I am under no misconception that this article has answered every objection or even fully presented any particular topic in complete detail. You may write this off as the opinion of an ill-informed individual; however, a concluding challenge: read the Scriptures with an open mind and search them for the real meaning of the gospel. Paul is very clear in his writings that “just as one offense resulted in condemnation for everyone, so one act of righteousness results in justification and life for everyone” (Rom 5:18 ISV). And that “God has locked all people in the prison of their own disobedience so that he may have mercy on them all” (Rom 11:32 ISV). In harmony with Paul, Peter testifies that the Lord is “not willing that any should perish, but that all should come to repentance” (2 Peter 3:9 AV). Annihilation is nothing but the ultimate victory of death, while eternal torment is only the victory of a tyrant. Neither of these outcomes can compare to the glorious good news that, in the end, sin shall be eradicated and “all shall be well, and all shall be well, and all manner of thing shall be well.” [6] 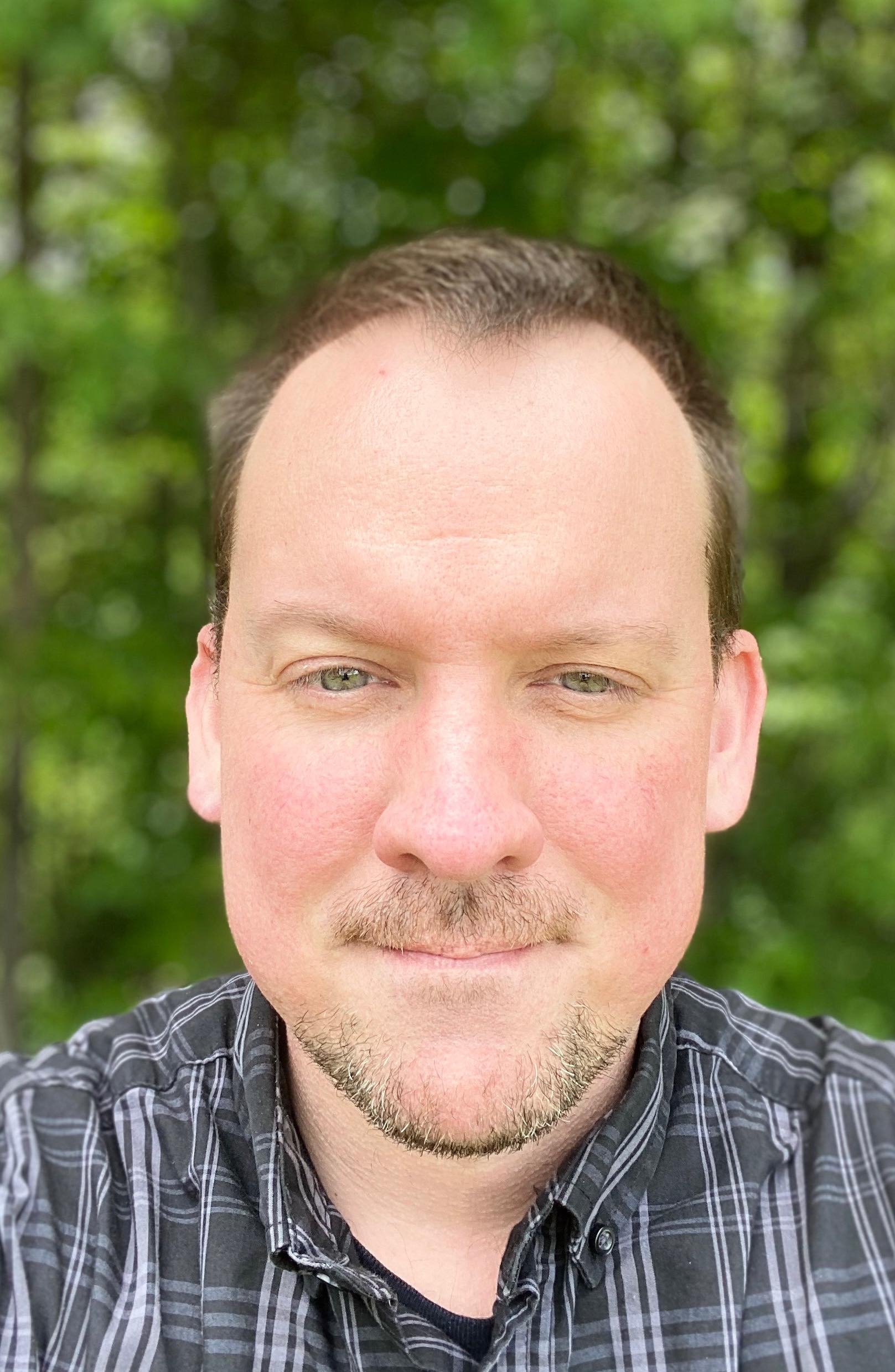 Justin is a lifelong introvert and student of philosophy, religion, and science. He lives in East Tennessee with his wife and two children and works as a technology manager in Oak Ridge. Justin has only recently come to the realization of Universal Salvation and is currently engaged in reading the works of George MacDonald (among many others).