The following is an ongoing dialogue between Suan Sonna and Samuel Watkinson concerning the merits of Christian Universalism.

shall argue that classical theism neither entails nor implies universalism. I will first offer a set of criteria for this debate. I will then present three arguments against universalism. The first is Mackie’s problem of evil. The second is the coopting problem: any justification for universalism can be coopted by either me or Mackie. The third is a demonstration that classical theism is most compatible with the traditional view that not all will be saved.

First, Samuel and I are classical theists, meaning we affirm the Aristotelian-Thomist synthesis. Even though we must inevitably rely upon intuitions, it is preferred that we appeal to the principles of our shared tradition and only resort to intuitions when necessary lest our disagreement be incommensurable.

Third, I will utilize the principle of sufficient reason whereby contingent affairs (meaning affairs that could have been otherwise) require an explanation for why they are one way rather than another. The goal here is to reduce appeals to mystery and brute contingencies, requiring us to offer an explanation.

I hope Samuel accepts this criteria. I place the burden of proof on him if he rejects any of them.

First, he argued that God could have created an initially free and perfect world. He claimed that since there is no logical impossibility in a man choosing good on one occasion and another, there is no logical limit on him doing so on every occasion. Seeing that God has every reason to create this sort of world, but He did not, it would seem as if theism is false. Some might argue that Mackie’s definition of free will is incorrect and instead endorse the principle of alternative possibilities. However, this objection is mistaken. Free will is to be understood as a self-originating power. I am willing to defend this point more thoroughly in the rebuttals.

(3) A good being does all it can to eliminate evil.

(5) There are no limits on what an omnipotent being can do.

Before we continue, I will modify (5) to “An omnipotent being can eliminate all evil.”

The problem for universalism is two-fold.

First, universalists must explain why God did not create Mackie’s free and perfect world. If they avoid this question, then they must provide reasons why. Where does Mackie’s logic go awry?

The second problem is that universalists endorse all six of Mackie’s propositions. They must argue that God will eventually eliminate all evil, but He is not obligated to do so immediately. But, why not now? I submit that any universalist answer to this question can be coopted by me or Mackie.

(Also, objecting that Mackie’s argument is a non-starter since God obviously did not create Mackie’s world is question-begging. I am arguing that the sort of world universalism pictures is incongruent with reality.)

The universalist can use several strategies.

The first is to argue that since God has no moral obligations, He is not obligated to create Mackie’s world. But, universalists still need to explain why. For instance, I can assert that God needn’t save everybody since He has no obligations. Why is my derivation impermissible?

The second move is to argue that regardless of Mackie’s position, God’s love and character must vindicate universalism. But, this response fails. Why is God’s love ultimate rather than immediate? Furthermore, one could argue that a deity who truly loves his creation would not let them suffer at all, especially horrendous evils.

This response fails for three reasons.

First, virtues do not require horrendous evils in order to be acquired. I can practice forgiveness in response to a heckler rather than a terrorist.

Second, claiming that horrendous evils allow us to experience deeper and more profound virtues does not end well for the universalist. It sets them on the trajectory to accept the maximal depth of virtue (and vice) – in other words, the traditional view. Let me explain.

A virtue is a dispositional character trait towards the good. For instance, honesty dispositions us towards truth, and kindness towards friendship.

Virtues gain greater qualitative depth in response to greater evils. And, virtues are intrinsically more valuable with respect to the hierarchical status of the good they are dispositioning us towards. According to classical theism, God is the supreme, unifying, final good of man. So what virtue describes our pursuit of God? It is love understood as total self-surrender to God. And, what vice is the perversion of love? I submit it is pride or self-worship. In Thomistic terminology, these maximums in their genus lead to the maximal qualitative depth of virtue and vice, meaning from love and pride flow the best and worst in us.

Vice and virtue have temporal (even everlasting) consequences. Recall Aristotle’s observation that we must be habituated into virtue since we are corruptible. We see that performing good or bad actions causes us to develop an appetite that shapes our future choices and in turn our character and souls. St. Thomas notes that God’s grace perfects nature. When we exercise the virtue of love in pursuit of God, this opens us to eternal perfection through receiving His grace. But, the vice of pride opens us to eternal imperfection and perversion.

Third, if all souls will be made perfectly virtuous anyway, then of what point was “character development” in this life? The person who suffered immensely would be ultimately as virtuous and perfect as the privileged soul. Why not just begin with perfection?

I will briefly defend a classical theist theodicy that avoids the problems betokening universalism. This theodicy is the two worlds theodicy:

I propose that God will create an initial world where there is imperfection, so that the maximal depth of virtue and vice can manifest itself. Then, God will perfect the natures of those who exercise the virtue of love. These beings will be the greatest in terms of depth, since they existed in a world where the full potentiality of good and evil ran its course, and they nonetheless chose to be perfected by God’s grace. Their perfection is the crowning achievement of the final world and the reason why God allowed the trouble of the initial world.

I maintain there will be a hierarchy of goodness in the end where the damned are only kept in existence by virtue of the convertibility principle. This fundamental principle states that goodness and being are interchangeable. The damned will be the lowest in the hierarchy of goodness. And, they will eternally remain in their condition, because they perverted themselves so deeply against the good, exploiting it for their purposes, and, God created a world where such creaturely states could obtain. I will defend this point in my rebuttal by referencing the work of classical theists like Brian Davies and Herbert McCabe.

Universalism is not a good explanation. It lacks plausibility, because Mackie’s arguments reveal that universalism undermines classical theism. And, since we agreed from the outset that classical theism is true, any view that undermines it must be false. The coopting problem reveals that universalism lacks explanatory scope, power, and being the least ad hoc. Universalism cannot account for horrendous evils, nor preclude competing explanations like mine or Mackie’s, and universalists must eventually assert their intuitions. However, the principle of sufficient reason precludes these sorts of brute assertions or contingencies, since we are dealing with realities God could have instantiated. The universalist must offer an explanation that cannot be coopted. On the other hand, the traditional view can respond to Mackie, and it perfects the soul-making theodicy by maximizing the qualitative depth of God’s creatures. It is the best explanation of God’s eschatological vision and preserves the integrity of classical theism. 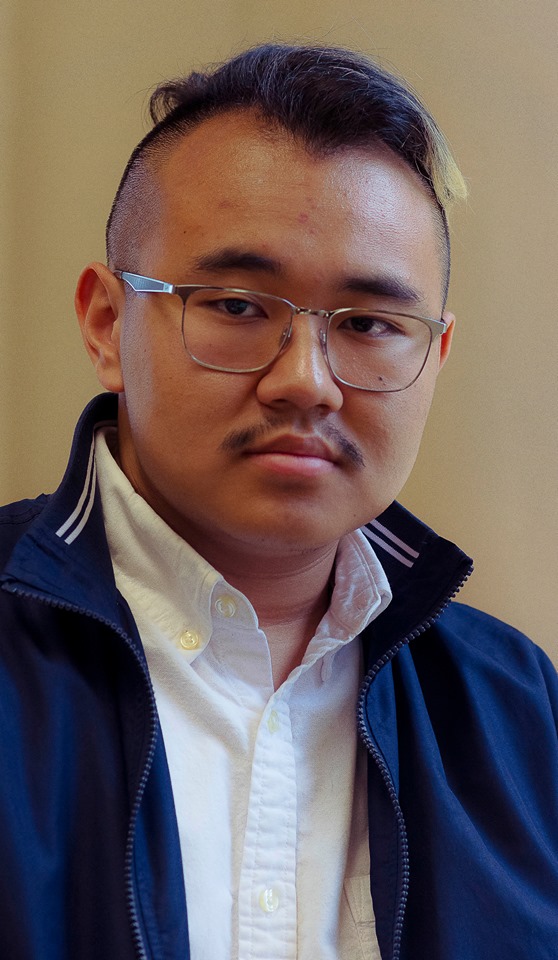 Suan Sonna is a philosophy student at Kansas State University. He writes on the philosophy of religion, metaphysics, ethics, and theology. He currently runs the Facebook page and YouTube channel "Intellectual Conservatism" where he defends an Aristotelian-Thomist perspective on public morality and government.