A Journey to Universal Salvation

oung minds for better or worse are molded and shaped by their environments, so naturally I would adopt the religion of my parents. Jesus was a likable fellow to me. His teachings on loving one’s neighbor, caring for the widow and poor appealed to my innermost moral tendencies. I adored him and labored on my knees in prayer every night longing to live my life according to what Jesus said. However, consistency in my devotion frequently waned into indifference. I didn’t really see the point. The local assemblies that I attended also disinterested me, the Charismatic Pentecostal types. I never quite understood the idea of incessant screaming and unintelligible babbling that I witnessed in those churches. Prophecies were always thematically vague enough to be addressed to just about anyone. I witnessed “exorcisms” and people being “slain in the Spirit.” Possibly all of it was genuine manifestations of true Christian religion; but to my mind, it altogether appeared phony. By the way I’m not a cessationist. It pains me to also mention the bad theology of these churches in my experience. Prosperity gospel teaching, name it and claim it theology, and unclear understandings of the Gospel were rampant. As a matter of fact, I fail to recall a single instance outside of Easter Sunday (barely) where the Gospel was adequately explained or even mentioned.

In lockstep with mainstream Protestantism, the issue of Eternal Hellfire was also taught. I accepted it and thought nothing of it. In my late teenage years I became more conscious of my intuitive tendencies to question things. I questioned many things and questioned often. Reflecting on the death of my aunt I would ask, “Why does God allow me to hurt so much?” or “How do I know that Jesus really resurrected from the dead? I wasn’t there!” My enquiries were never answered to my satisfaction. These questions turned into skepticisms, leading me to renounce whatever bit of faith I had to begin with. I felt alone and terrified. I never went as far as atheism, but I was unconvinced Christianity was true.

Fortunately, I was introduced to the likes of Richard Bauckham, Gary Habermas, Mike Licona, and Craig Evans. The case for the resurrection of Jesus was overwhelmingly convincing and for the first time I really became a believer. Reading the words on the page incited a fire of love and devotion that never ceased to this day. The historical case for the resurrection gave me something to cling to and have confidence in. Jesus for the first time felt real to me. With my newfound faith came a love for Christian apologetics. Being so deeply into apologetics led to a richer desire to know God. I delved into theology and philosophy. I threw off all of my prior theological indoctrination in pursuit of the truth. I rebuilt my entire theology from the ground up and Jesus was at the center of it. Along with Scripture I read book after book and commentary after commentary; insatiably desiring to know who God is. The topic of soteriology would come up often, so I began to read as many books on the topic as possible. Along with that, the question of where my deceased aunt ended up quietly piercing and pricking at my conscience. To this day I’m not sure if she died in faith or outside of it. In despair, the question of her destiny ultimately led me into the scriptures hoping to get a satisfying answer. I prayed to God that she made it. I’ve questioned everything before and came out on a solid foundation, so I figured with this issue I should do likewise. I questioned God’s mercy and God’s love. I asked him why would he send someone to eternal misery for a finite sin? It appeared sadistic and even evil to me. How could I ever possibly be happy without my aunt in paradise with me? How could I be truly happy without any of my family members there? I’m called to love everyone, my neighbor, my enemy, and even those that I don’t know. To love someone is to truly desire the best for them and from my point of view everyone’s best interest is their ultimate consummation with the Creator. But to love someone also makes me vulnerable to unhappiness if their best interests and true happiness aren’t achieved but squandered in hell forever. It appeared to me that if even one person goes into eternal punishment then, sadly, we all do. What was revealed to me was a narrative of rescue by a loving God who is rich in mercy and grace when I read the scriptures, but the ending of this narrative seemed out of place and disharmonic. The Christian Story for me began to crumble into nonsense if eternal punishment was true. The Gospel turned out to be bad news.

On the brink of hopelessness, a passage that I had never noticed before caught my eye as I studied the book of Romans. It was a genuine moment of light and hope shining through the dark abyss of melancholy and sorrow that had formed in my soul.

﻿For if, by the trespass of the one man, death reigned through that one man, how much more will those who receive God’s abundant provision of grace and of the gift of righteousness reign in life through the one man, Jesus Christ! Consequently, just as one trespass resulted in condemnation for all people, so also one righteous act resulted in justification and life for all people. (Romans 5:17-18)

What did I just read? I had read that passage in the past, but this time when I read it something was different. For a second I lapsed back into the frame of mind that was the source of my despair and quickly exclaimed, “Nope, it can’t mean that!” So, I continued reading. However, the verse was burned into my brain for the next couple of days. I realized it was not leaving, so I went back to the passage. As I read it once more, I knew it meant what I felt it meant that first time. I quickly internet-searched universalist scripture and was blown away at the sheer number of texts I had never noticed before, which indicated the salvation of all. For example:

For I do not want you, brethren, to be uninformed of this mystery—so that you will not be wise in your own estimation—that a partial hardening has happened to Israel until the fullness of the Gentiles has come in; and so all Israel will be saved; just as it is written…For God has shut up all in disobedience so that He may show mercy to all. (Romans 11:25-26a, 32 - NASB)

For it is for this we labor and strive, because we have fixed our hope on the living God, who is the Savior of all men, especially of believers. (﻿1 Timothy 4:10 - NASB)

To me, this made the Christian story sensible and coherent.

Later on, I was introduced to proponents of Universal Salvation like David Bentley Hart, Robin Parry, Thomas Talbott, David Burnfield, and ﻿Ilaria Ramelli. Then I was led to the early church universalists: Origen, Gregory of Nyssa, Macrina the Younger, ﻿Didymus the Blind, Clement of Alexandria, and Theodore of Mopsuestia. They espoused a doctrine called “The Apocatastasis” -- the universal restoration of all things. It was the most beautiful doctrine that I had ever heard and at the center of it was Christ. This was The Gospel, and it indeed was good news for everybody. I’ve found peace knowing that my aunt is resting in the arms of her Creator. I’ve found so much peace and happiness knowing that my recently deceased grandfather is enjoying eternal happiness with the Savior. I’ll see them soon enough.

I’m aware that Apocatastasis is a minority held position in the Church. Yet, I can’t bring myself to cease being convinced that it makes the most sense of Christ’s work on the cross -- God’s love, judgment, mercy, and grace -- and sin and death’s final destruction in the end. I’ll end with one of my favorite quotes from Origen:

Let us now see what will be the liberation of creation and the end of enslavement. At the end of the world, when souls and rational creatures will be, so to say, pushed by the Lord out of the locks and gates, some will move more slowly due to their laziness, others will fly swiftly with their zeal. . . . But when Christ will have handed the kingdom to God the Father, then these creatures too, which earlier had become a part of the kingdom of Christ, along with the rest of the kingdom will be handed to the Father, that this may rule over them. Thus, when God will be “all in all,” as these also are part of the “all,” God will be in them as in all. (Origen, On the First Principles 1:7:5) 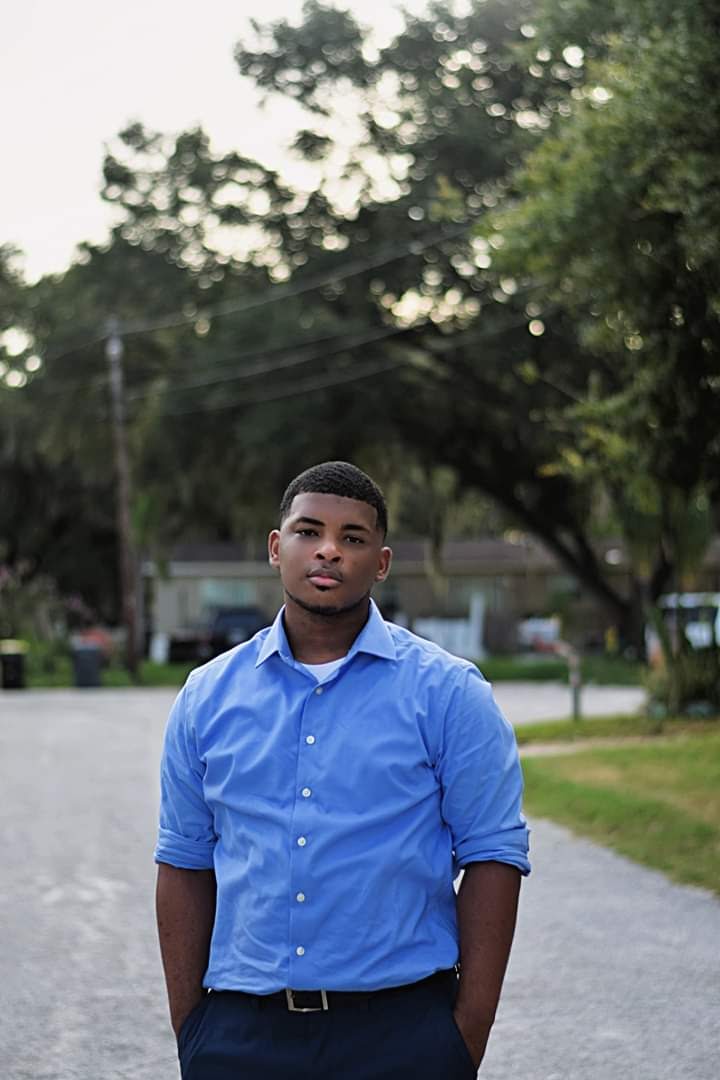 My name is Aree. I am an amateur theologian with hopes of pursuing a degree in New Testament studies. I'm also a part time photographer and I currently head up a music collective of growing artists and creatives called Failed Kingdoms.