Rumours started spreading almost immediately that Bell's forthcoming book advocated universalism and, unsurprisingly, the Internet went white-hot. On Saturday February 26 Justin Taylor, a well-known neo-Calvinist, posted his provisional reflections about Bell as a universalist on The Gospel Coalition blog and, reportedly, by that evening about 12,000 people had recommended his post on Facebook.

That same day Rob Bell was in the top 10 trending topics on Twitter. And from there the number of blog posts exploded. Overnight, universalism went from being a marginal issue that most evangelicals felt that they could ignore to being the next big debate.

Feelings are running high at the moment and a lot of strong language is being used. I think that if the church is to have a fruitful discussion on this matter (rather than a bad tempered battle-to-the-death) then it is essential that we have a clear understanding of what Christian universalists actually believe. A lot of myths about universalism are informing the current debate and I want to explore seven of them very briefly below.

In a nutshell, it is the view that, in the end, God will redeem all people through Christ. Christian universalists believe that the destiny of humanity is 'written' in the body of the risen Jesus and, as such, the story of humanity will not end with a tomb.

Many an online critic of Bell has complained that he, along with his universalist allies, does not believe in hell. Here, for instance, is Todd Pruitt: 'Rob Bell . . . denies the reality of hell.' Mr BH adds, 'To Hell with No Hell. To Hell with what's being sold by Rob Bell.'

Nice rhyming but, alas, this is too simplistic.

Historically all Christian universalists have had a doctrine of hell and that remains the case for most Christian universalists today, including Bell. The Christian debate does not concern whether hell will be a reality (all agree that it will) but, rather, what the nature of that reality will be. Will it be eternal conscious torment? Will it be annihilation? Or will it be a state from which people can be redeemed? Most universalists believe that hell is not simply retributive punishment but a painful yet corrective/educative state from which people will eventually exit (some, myself included, think it has a retributive dimension, while others do not).

So it is not hell that universalists deny so much as certain views about hell. (To complicate matters a little there have even been a few universalists that believed that hell is an eternal, conscious torment! An unusual view for a universalist but possible - honest.)

One does not have to read Bell's detractors for long before coming across the following sentiments: Universalists are theological 'liberals' that reject the 'clear teaching of the Bible'. Surely all good Bible-believing Christians will believe that some/many/most people are damned forever? 'If indeed Rob Bell denies the existence of hell, this is a betrayal of biblical truth,' says R Albert Mohler. David Cloud, concerned about Bell's questioning classical conceptions of hell, writes, 'It is evil to entertain questions that deny Bible truth.'

So, are universalists really Bible-denying? No.

Historically, Christian universalists have been Bible-affirming believers and that remains the case for many, perhaps the majority, today. The question is not 'Which group believes the Bible?' but, 'How do we interpret the Bible?'

Or do we try to hold both sets of biblical teachings in some kind of tension (and there are various proposals for how we might do that - some leaning towards traditionalism, others leaning towards universalism)?

There is also the question of wider biblical-theological themes and their relevance. For instance, biblical teaching on God's love, justice, punishment, the cross-resurrection, covenant, etc. How might reflection on those matters influence our theology of hell?

This is not just about finding 'proof texts' to whip your opponent with (both sides are capable of that) but about making best sense of the Bible as a whole. And when we follow the big plotline of the scriptures, which ending to the story has the best 'fit'? Universalists believe that the ending in which God redeems his whole creation makes the most sense of the biblical metanarrative. Traditionalists disagree.

Universalists 'obviously' think that sin isn't something to get too worked up about - after all they believe that God's job is to forgive people, right?

Once again we are in the realm of mythology. Propose a view on the seriousness of sin as strong as you wish and you'll find universalists who would affirm it. Does sin affect every aspect of human life? Is it an utter horror that degrades our humanity and warrants divine wrath? Does it deserve eternal punishment?

Universalists could affirm all of these things so long as they believed that God's love, power, grace, and mercy are bigger and stronger than sin. Universalists do not have a low view of sin, they have a high view of grace: 'Where sin abounds, grace abounds all the more.'

Myth: Universalists believe in God's love but forget his justice and wrath

Here is Britten Taylor's response to Rob Bell: 'God is love. But, He is also just. God pours out His mercy, but He also pours out His wrath.' The implication is that universalists overplay divine love and forget that God is also holy and just. Right? Wrong.

Christian universalists have a lot to say about God's holiness, justice, and even his wrath. Typically they think that God's divine nature cannot be divided up into conflicting parts in such a way that some of God's actions are loving (eg, saving sinners) while others are just and full of anger (eg, hell).

They see all of God's actions as motivated by 'holy love'. Everything God does is holy, completely just, and completely loving.

So whatever hell is about it must be compatible not simply with divine justice but also with divine love. Which means that it must, in some way, have the good of those in hell as part of its rationale.

Universalists feel that one potential danger in traditional theologies of hell is that while they make much of God justice and anger they appear to be incompatible with his love and, as a result, they divide up the unity of God's nature.

Myth: Universalists think that all roads lead to God

Here is Kevin Mullins' definition of universalism in his discussion of Bell: 'Universalism - the belief that everyone, regardless of faith or behavior, will be counted as God's people in the end. All roads lead to Him. All religions are just different expressions of the same Truth.'

That idea is what underlies crparke's comment that, 'If Rob Bell denies hell then he denies the need for a "savior" and makes the sacrifice of Jesus irrelevant.'

Here our Internet conversation partners have confused universalism (the view that God will one day save all people through Christ) with pluralism (the view that there are many paths to God and that Jesus is simply one of them). But Christian universalists deny pluralism. They insist that salvation is found only through the atoning work of Christ. Without Jesus nobody would be redeemed!

Now there is a disagreement between Christians about whether one needs to have explicit faith in Jesus to share in the salvation he has bought. Some Christians, called exclusivists, think that only those who put their trust in the gospel can be saved.

Others, called inclusivists, think that it is possible to be saved through Christ even without explicit faith in him.

Thus, for inclusivists it is possible to be saved even if, for instance, you have never heard the gospel. Inclusivists would maintain that if someone responds in humility, love, and faith to the truncated divine revelation that they have received then God can unite them to Christ and they may be considered as, perhaps, 'anonymous Christians'.

But we need to be careful not to confuse the discussion between exclusivists and inclusivists with the issue of universalism. Many people make that mistake. The former debate concerns how people can experience the salvation won by Christ while the latter concerns how many people will be saved. Two different questions.

Thus, some universalists are inclusivists (eg, Rob Bell) but others are exclusivists, maintaining that only people who trust in the gospel can be saved. (Obviously exclusivist universalists have to believe that salvation is possible after death.)

But whether one is speaking of exclusivist or inclusivist universalists, neither relegate Jesus to the sidelines.

Here is Matt: 'I do think the Scripture is clear that salvation at least has some limits. If it doesn't, then preaching and evangelism are ultimately wasted activities.' And R Albert Mohler worries that, 'If indeed Rob Bell denies the existence of hell, this . . . has severe . . . evangelistic consequences.' Why, after all, would anyone bother to go through all the effort and struggle of evangelism if God is going to save everyone in the end anyway?

So must universalism undermine evangelism? Not at all. There are many reasons to engage in mission and evangelism, not least that Christ commands it. And it is a huge privilege to join with God in his mission of reconciling the world to himself. The gospel message in God's 'foolish' way of setting the world right so, of course, universalists will want to proclaim it.

it is a huge privilege to join with God in his mission of reconciling the world to himself.

Fear of hell is not the only motivation for mission. And, what is more, the majority of universalists do fear hell. Whilst they may not view it as 'the end of the road', they still consider it to be a dreadful state to be avoided.

And historically universalists have not run from mission. Here are the words of an eighteenth century Baptist universalist, Elhanan Winchester, who was himself an evangelist: 'There is no business or labour to which men are called, so important, so arduous, so difficult, and that requires such wisdom to perform it [as that of the soul-winner]. The amazing worth of winning souls, makes the labour so exceeding important, and of such infinite concern' (sermon on the death of John Wesley, 1791).

Here is Frank: 'Oh thank goodness Rob Bell is here to explain that we can do whatever we want because (drum roll please) . . . there's no consequence, there's no hell!' And Frank is not alone. During 17th, 18th and 19th centuries many Christians were especially worried that if the fear of hell was reduced people would have little to constrain their sinful behaviour. Thus universalism, they feared, would fuel sin.

Who, after all, would reason, 'I know that God created me, seeks to do me good, sent his Son to die for me, and that he will always love me...so I must hate him!'? On the contrary, the revelation of divine love solicits our loving response (1 John 4:19).

Clearly there is an important debate to be had but if we desire more light and less heat we need to start by getting a clearer understanding of the view under discussion. 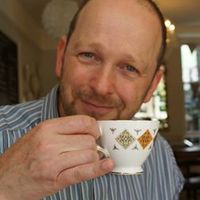 Robin Parry is a Christian theologian particularly known for advocating Christian universalism. His best known book is The Evangelical Universalist, which he wrote under the pseudonym Gregory MacDonald because he had not at the time publicly expressed his belief in universalism.